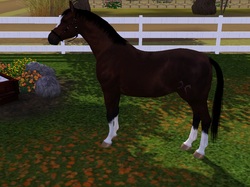 
this Young mare was the first ever foal born by Lexi, between a Now deceased mare, and my wonder stallion caspian, because of her looks and stamina she wont be rebred to keep her hannovarian line pure, but instead she will be sent out to breed to produce foals from a different line. once that is accomplised i will retire her. shes accomplished in a few shows, and did well at dressage but when i had to abriptly take her back from the previous owner i promised her that i woudl never sell her again.. 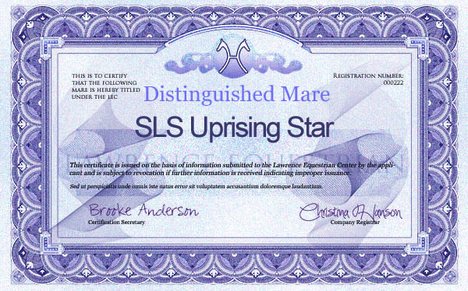